Ivana Loudová, a music composer and professor of composition at HAMU in Prague, died after a long and perilous disease. She was 76 years old 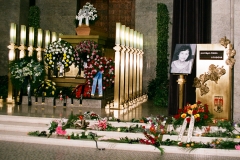 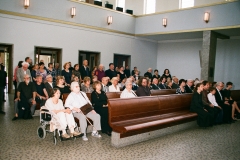 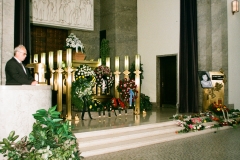 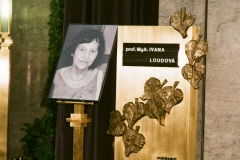 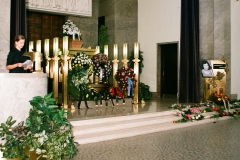 It was with the greatest sadness that I learned of Ivana’s passing. I was so sorry to read that she had suffered through a long and difficult illness. I’m sure it has been very difficult time for both of you as well.

Her loss is certainly an enormous one for Czech music and cultural life. She was such an important musical voice throughout the country and the world, and she will be missed tremendously, as a composer, as a teacher, and as a friend and colleague of so many.  As a percussionist, I especially appreciated and valued her contributions to percussionists, and her connection with the percussion music of Kabeláč.

It was such an honor and pleasure for me to know her as a composer and as a friend during my years in Prague.  I remember so well recording her piece for bass clarinet and marimba with Josek Horak – Ivana was wonderful in managing that session – and I’ve performed that piece many times since then.  I’ve played other works of hers as well, and I am happy to say my percussion students here in the US have played them as well. I’ve introduced my students and colleagues to the music of many Czech composers, but Ivana’s music has always had a special place.

Please accept my sincere and heart-felt condolences on this very sad occasion. Ivana’s spirit will surely live on in her music and be long-remembered by her students, colleagues, and friends.

With love and respect,
Amy

She studied composition at the Prague conservatoire under Miloslav Kabeláč (1958-61), at the music faculty under Emil Hlobil (1961-66). Later she was further participating in an artistic program at HAMU under Miloslav Kabeláč (1968-72) that was designed to prepare students for their potential jobs. Thanks to the scholarship granted by the French government in 1971 she could study in Paris under Olivier Messiaen and André Jolivet, at the same time she was participating in an experimental studio Centre Bourdan during ORTF. After completing her studies, she focused solely on her career as a composer, she worked with the radio, theatres and even composed for various films. Occasionally she pursued theoretical or pedagogical activities, she led master composition courses in USA, Germany as well as in Austria. During the years 1980 and 1997 she lived as a composer-in-residence at the American Wind Symphony Orchestra in Pittsburgh. Her work consists of more than a hundred orchestral, chamber, vocal, choral, and instructive opuses, many of which were awarded in composition contests, published by the news at home and abroad and were uploaded to audio carriers. She is also the author of a theoretical music publication titled Modern notation and its interpretation. For her work Ivana Loudová received the award Heidelberger Kunstpreis 1993, the award of the Ministry of culture for a contribution to the music world for the year 2015 and the award of the Protective association 2017.
Ivana Loudová was a member of Umělecká beseda and the association Ateliér 90. 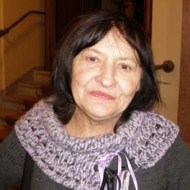 After graduating from the high school in Nový Bydžov (1958) she was accepted into the third year of the Prague Conservatoire where she studied composition under Miloslav Kabeláč (1958-61), she continued at AMU under Emil Hlobil (1961-66) and continued with postgraduate education once again under Miloslav Kabeláč (1968-72). In an audition (1970) she received a scholarship from the French government for the study of composition at the Conservatoire de Paris under Oliver Messiaen and André Jolivet. At the same time she had an internship in an experimental study Groupe de Recherches Musicales in Centre Bourdan with ORTF under Pierre Shaeffer (1971). After completing her studies (1972) she devoted her time to composing as a freelancer, she cooperated with theatres, radios and the film industry and also occasionally spent her time on theoretical and educating activities.